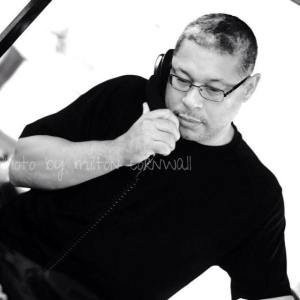 “The joy that comes out of me is unbelievable when I’m spinning records,” says DJ Ace House Nation, Host of ‘The Cookie Jar Show’ on www.prepartyradio.com. “I like to make people dance, and when I’m playing music in a club, I recycle the energy that people give me and return it back to them ten fold.”

This is just one of the many positive statements coming from a house-head in the house music community. In case you’re wondering what “house” is, it’s a genre of music (mixed with Afrocentric, Latin, and European rhythms) that fall under the umbrella of world wide ‘Dance Music’. In fact, every time an American mainstream song hits billboard charts, (from stars like Alicia Keys, Beyonce, and Mariah Carey) they’re label reps will call a house music producer to make remix versions in order to reach more audiences. Yep! That’s right! Even the biggest, most famous and richest stars have turned to house music to keep their buzz alive! As this trend grew more popular, mainstream decided to just put out dance records all together, which is why we have Rhianna, Katey Perry and others. Yet still, the deep, soulful, house music singers with original house music are still being played worldwide although they do not have the funding that goes along with the larger record label corporations such as SONY MUSIC, etc.

Nevertheless, it’s Dj’s like Ace House Nation who keep the original genre alive and has been doing so since the 1970’s.  For those who don’t know, house music derived from the disco days, back when Dj Ace House Nation was better known as Dj Crazy Ace, battling other Dj’s and dancers in schoolyards of the L.E.S. “Back then, we referred to battling someone on the dance floor as ‘burning them out’,” says Dj Ace.

As a teen, Dj Ace taught himself how to Dee jay with his older brother and dear friend, Hector Cruz, (who passed on from diabetes in 2006). In honor of Hector, Ace decided to rename himself “Dj Ace House Nation” because Hector called himself “House Nation.” And there we have it again – the name “House”.

“I’ve seen people cry on the dance floor”, says the 49 year old Dj Ace House Nation. “I’ve seen them smile, I’ve heard them chant, and I’ve witnessed them catch a spirit. When I play house music, I can tell by the way they’re dancing, that it’s therapy for the soul. The rhythms and sounds get them dancing in a way that becomes a healthy exercise, pumping their heart and making their blood flow faster. If there were any mental or physical blocks before, house music definitely releases their stress and restores joy.”

Whether or not you’re already a house head, check out the station, PreParty Radio, that plays house music to a world wide audience. Not just because it’s on the web, but because they truly do have a following in places such as Amsterdam, Spain, Tokyo, Italy, Thailand, L.A., NY, Chicago and more. To hear Dj Ace House Nation on “The Cookie Jar Show”, click on www.prepartyradio.com every Thursday  from 6PM – 9PM

The 49 year old Veteran house head DJ ACE HOUSE NATION (Host of ‘The Cookie Jar Show’ on www.prepartyradio.com) talks about his love for house music, and why this musical genre is therapy for the soul!

Tune in every Thursday from 6PM – 9PM Special extended listening session every LAST Thursday of the month from 6PM – 1:00AM

Jasmine Clemente is the founder and creative director of Inner Vibrations Magazine. With a background in music and film, she decided to launch this publication to educate Artists on the importance of being balanced in the mind, body and spirit in order to sustain longevity in a fast paced business. Instead of promoting gossip columns and the obvious highlights of an Artists career, her interviews get into the heart and soul of the human being. Thus, the content you'll find in this magazine will inspire people to remain rooted in divine wisdom while living in alignment with their true passion & purpose.